The Heat Sink Calculator uses a combination of semi-empirically derived equations to calculate the heat transfer and pressure drop due to forced convection. Equations for laminar [1] and turbulent [2] flow are combined to form a single equation that is suitable for calculating the convection coefficient for laminar, transition to turbulent and turbulent flows through the heat sink. Similarly the pressure drop is calculated using laminar and turbulent flow correlations developed by Shah and London [3] and Zhi-Qing [4] respectively. 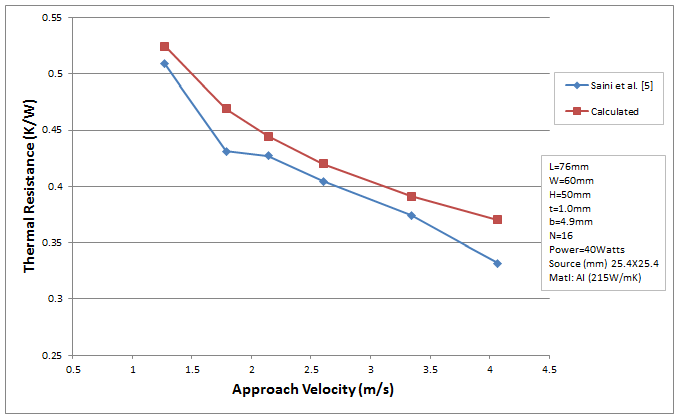 The experiments conducted by Jonsson used a heat sink whose external sides were exposed to the flow of air. In order to compare the results from the Heat Sink Calculator which models a fully ducted heat sink with no airflow over the external side surfaces the thermal resistance values from Jonsson[6] were modified using the following equation.

heat transfer area of the heat sink from [6] 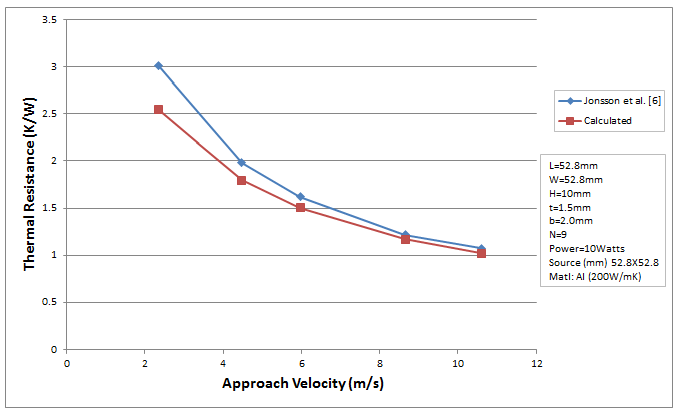 The calculation results are in good agreement with the experimental results, within 8% RMS for thermal resistance and 10% RMS for the pressure drop.